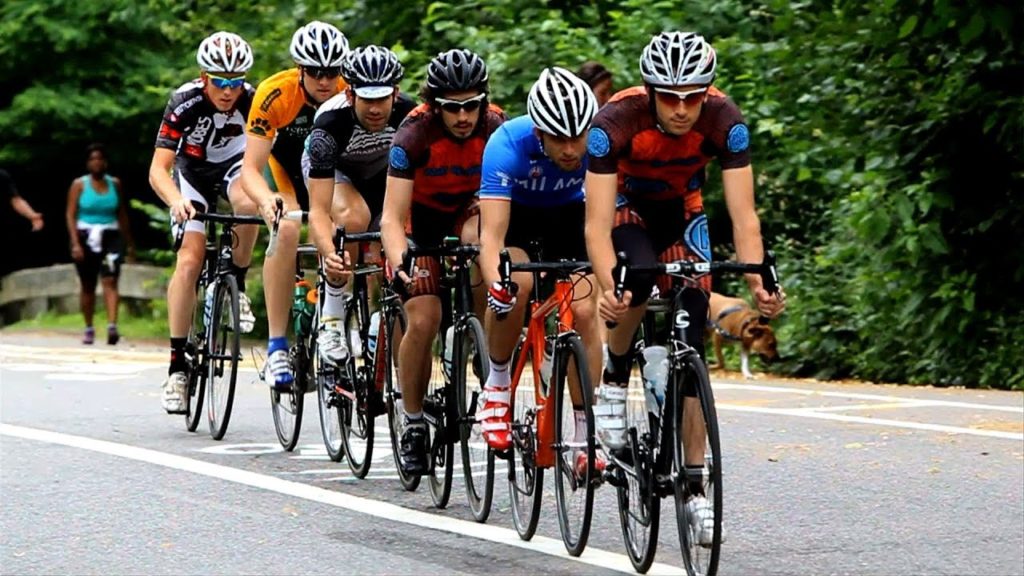 Just like doing anything with friends makes it more enjoyable, cycling with friends is usually more fun than solo.  Cycling with others has many benefits, most of which I’m sure you are well aware: camaraderie, support, etc.  Riding with others can help you in learning new skills, pushing yourself harder (or easier, depending on what you and your friends want), or in attaining new goals.  One useful skill you should develop while riding with others is drafting and paceline riding.  Drafting will enable you to save energy so that you can ride longer and faster than you can normally do by yourself.  For example, there is a route I do regularly on my own and with others.  I can average a good 2 mph faster with just one or two other riders, and more with a larger group.

Essentially, drafting is riding directly behind another rider.  The front rider basically knocks air out of the way, creating a slipstream for the following rider.  Since the following rider doesn’t have to fight the air as much as the front rider, he can keep pace with the front rider with less effort.  With several riders, those further back can save as much as 25-30% energy.  Pacelining is when you take turns at the front and in the draft.  A paceline can be done with as few as two riders, but is more effective with a larger group.  And because you can save energy most of the time, the overall speed of the group is faster since the front person can go pretty hard, knowing they can recover when the fall back into the draft.

Drafting/pacelining does take some skill and practice to do safely and effectively.  It is not necessarily for everyone. If your speeds aren’t above 15 mph, it’s not even that useful unless you have a headwind.  It does also require extra attention because of the heightened risk of danger and injury.  In this blog, I’d like to first provide you with some mechanics for drafting, followed by a simple guideline for riding in a paceline.

Guidelines for riding in a paceline:

These are basic guidelines, and when you join a group, you’ll learn from them if they have any specifics they would like you to know.

If you are looking for a paceline ride to join, the Winchester Wheelmen have a couple of regular rides.  The Tuesday ride in Stephens City has two groups, one at a 17-19 mph pace, a faster group at 20+ mph.  They have also just restarted the Thursday “Have No Mercy” ride in Berryville.  This ride is for more advanced riders and tends to be quite fast, often over 22mph.  The Wheelmen also do clinics from time to time on paceline riding, so keep an eye on their calendar on their website, www.winchesterwheelmen.org.  Wheelmen membership is only $20/year, and a great group to ride with!

← What is your favorite trail? Cycling Kit – what to wear when you ride a bike →
Element Sports